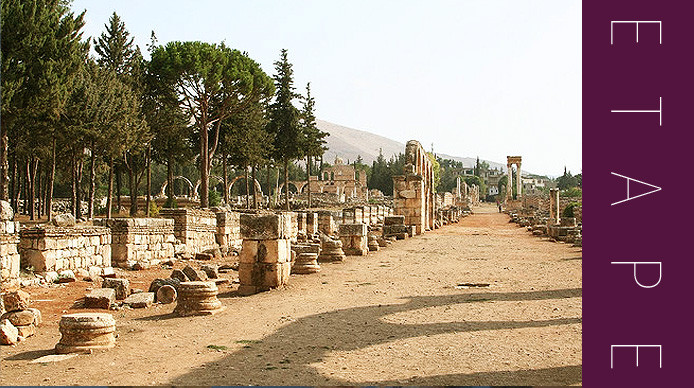 From Zahlé, the centre of Lebanese history and tradition, the small town of Aanjar is a mere twenty minutes away. The programme includes a very beautiful Roman temple that sits on a prestigious site and bore witness in its time to an secession battle against the Ottoman empire in 1618. Later on, the town was the target of an exodus organised by the French who let Armenian families settle there. Its wealthy looking alleyways and houses are a beautiful example of the many architectural influences in the region.