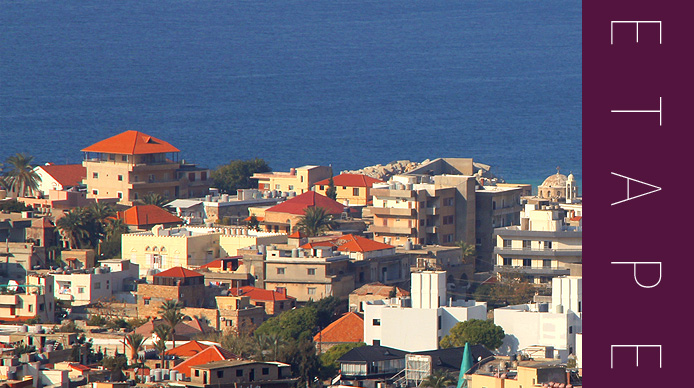 Located about 50 kilometres north of Beirut, the town of Batroun and its surrounding area are in the midst of a winegrowing renaissance. The region seems to have been one of the first to have been used for the culture of vines. It had, until recently, been forgone for the sub-soils of the Bekaa valley where wine really took off.

The meaning of the word Adyar in Arabic is monastery, the only word needed to describe the wines of the Batroun, Jbeil (Byblos), Met and Chouf regions. The monks in the regions decided not long ago to use land set aside to cultivate vegetables and fruit as well as what would become the country’s first organically certified wine. At stake, eight monasteries with names such as Kfifane, Quobbay, Mar Moussa… that handle a nice array of grape varieties, such as the syrah, cabernet sauvignon, mourvèdre, grenache, sangiovese, offering some divine monastic blends. There is a wine produced by each of the monasteries, as well as a blend of their vineyards, better known under the name of Monastic Expression. The 2009 monastic blend was made from mourvèdre, syrah, sangiovese and grenache grapes. A true pastoral delight.
Adyar, Kfifane Monastery, Batroun, www.adyar.org.lb

On one side an impressive financial machine set up in 2008 in the Batroun region, on the other a wine lovers’ association that takes the golden rules very seriously. The results can be witnessed over 66 hectares located in the Batroun, Jezzine to the south and Bekaa regions, entirely dedicated to the nine grape varieties that make up the range of Ixsir reds, whites and rosé. It’s only been a few years and they already have a nice line-up with a white wine called Altitude (muscat, viognier, sauvignon and sémillon) with mineral and floral notes and a red wine, the 2009 Grande Réserve (cabernet sauvignon, syrah) that is fruity, woody and subtly long on the palate. They will soon be adding a restaurant in a traditional house that has been completely renovated, which will allow you to take your time to taste the Ixsir wines whilst enjoying the marvellous view over the neighbouring valley. Ixsir, Batroun, www.ixsir.com.lb