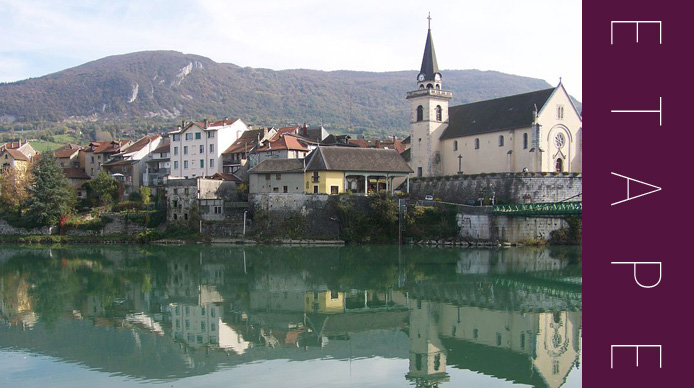 THE REGION OF SEYSSEL

The village of Seyssel is located on a stretch of the upper Rhone river. It’s origin date back to the tenth century and it is one of the smallest and oldest protected designations of France. The village is in fact split between two administrative areas: Ain, on the western Rhone banks, and Savoie on the eastern side, creating an unusual geographic situation, whereby the two are independent communes, both called Seyssel. Viticulturists regard Seyssel as a single region.

Altesse is the dominant grape variety in Seyssel, in addition to other varietals such as chasselas or Molette which is used in small amounts. The distinguishing feature of Seyssel wine are notes of violets and white blossom.

Maison du Haut Rhône. A fascinating guided tour that explores the history of Seyssel, which at one time was the last port on the Rhône and a major source of commerce. The tour also explore the dam Génissiat. Free admission. Tel : 04 50 56 77 04 www.maison-du-haut-rhone.org